The days of the boombox are not over. If you were a young-gun in the late 70’s, 80’s or early 90’s and now catch yourself reminiscing about your beloved boombox on your shoulder as you bopped down your cul-de-sac, know you are not alone. 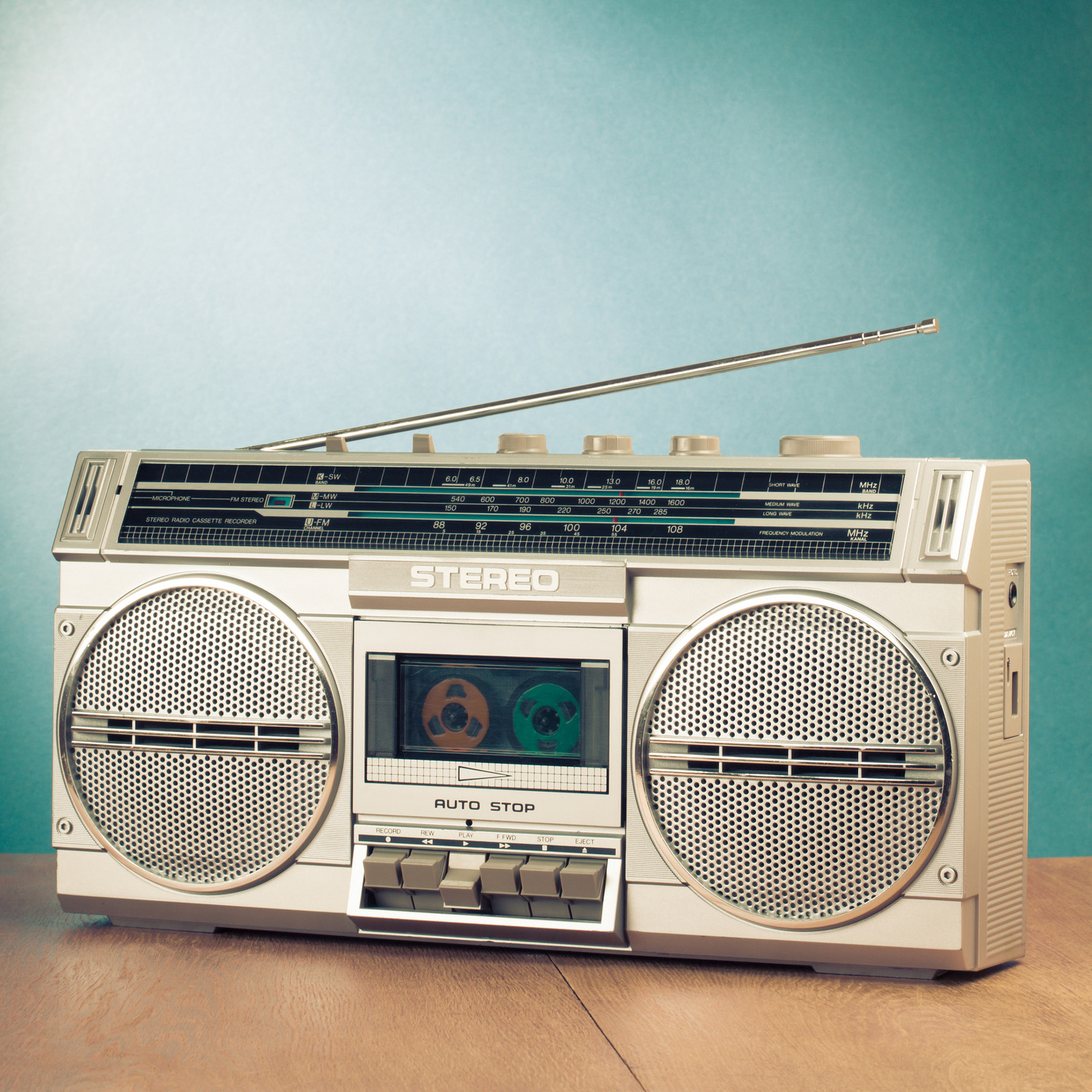 The days of the boombox are alive and well. Now considered a retro way to listen to your music, they are still being produced and purchased worldwide.

Boomboxes were one of the most exciting inventions of the time since the record player. The quality of the music and the fact that it was portable was an exciting change for the time.

If you need inspiration and some courage to readmit yourself into the boombox era, put on your favorite 80’s music videos, saddle up, and check out our list of 7 of the best classic boomboxes:

One of the top models of their line of radios in 1981, this is one of the classic boomboxes that will still make your cassette tape sound the best it ever has. The receivers have been known to hold up through the years and still catch well. There are lights in the dial that will light up as you sit on your old Mustang hood as the sun sets.

It has a stereo radio record and 15-watt output power. It includes a soft-touch dolby operation cassette deck and a manual recording level control option.

With two built in condenser microphones, you can record great sound considering the technology available was limited when this was first produced. At 17.6 lbs, it’s a big boy but maintains its classic look with sharp edges and a silver front.

This bad boy of the classic boomboxes is quite a looker. It’s part of the Sharp four woofer crew. It was initially only offered for sale in Japan in the 1980’s. Finding one in the U.S. can be rare but not impossible.

It has cobalt blue speaker grills for extra pizazz, but can also look stellar with the grills removed. The white speakers make a 1980’s statement and the chrome dust caps made this boombox a desirable one. It has two cassette decks and they play all types of cassettes (chrome, metal, and normal).

The Sharp also features an AM/FM stereo radio-tape recorder to catch your favorite hits. It has a 160mm woofer and a 2x160mm sub-woofer, creating a thrilling sound for whatever you play.

At 28 lbs you may not be going on a light jog with it, but it’s still portable and looks extremely cool.

Okay, so it’s a little a more recent pick in our selection of classic boomboxes, but it was still manufactured in the mid 90’s. Considering it’s 2017, that makes this boombox at least twenty years old and fits our list.

It has a CD player and two cassette decks. People seem to be in collection mode of the 1990’s classic boomboxes, making this a hard catch. It has a flip top display and control panel. The flip top was an exciting new change to classic boomboxes in the industry. This was one of the first to incorporate a flip top.

The decks have auto reverse and the control buttons are all illuminated with the “green-glow”. The Cobra has a spatializer and its own LED display. The music pumps out of this bad boy at 86 watts.

People claim that this was the best sounding of the classic boomboxes of the 90’s of the ED series, which is why it made it on the list as one of the best boomboxes.

Also originally manufactured in Japan, this three band player was a hit amongst radio lovers. Still very popular and in use in Iran, this unique version of the classic boomboxes was so well made that it still functions extremely well.

It broadcasts through two short wave bands and uses a super-heterodyne as its main principle. Operating by line or battery, the boombox was used for tapes and for blasting radio hits of the day.

It’s only about 8 inches long and weighs little, making it a great option for the fanatics of the portable classic boomboxes.

Called the “High Fidelity”, this dual cassette/radio classic boombox was the first of the “big body” lasonics. It was an improved version of their famous TRC-931. They called it the “931 on steroids”.

The box measures 28.8″ wide and is 15″ tall. It comes in at just under 20 lbs. It’s a substantial classic boombox and the sound quality is there to back that up with bass levels that are deeper than most. This boombox was the original version of the new loud and proud Bluetooth boomboxes.

The dual cassette and radio band boombox comes with 8-inch woofers, 2 tape decks, and 2 antennas. It has RCA inputs that even connect to an mp3 player. It’s fairly wide at 24″ and 14″ tall.

There were many copy cats of this boombox when it was first released, like the Mura MCS or the Selctec GX, but the Helix is still revered as one of the best from the late 1980’s. It’s covered in silver and chrome and has a fantastic graphic equalizer on its deck.

This little devil comes in red and was a hot item in 1991. Its big selling point at the time was its detachable speakers and speaker cables that can be pushed in or extracted from the boombox.

It was the first of its kind to include a button called the hyper bass, comparable to Sony’s mega bass. Pushing this button maximizes the bass sound on all of your favorite songs.

From a radio to a cassette deck to a CD player, this classic boombox offered a music fanatic everything they could ask for. It’s 26″ long and 10″ high. It’s another heavy one though, so find a great place to set it down and dance it out.

For more reviews and advice on classic boomboxes, click here.

Stay Connected With Us